Home > Blog > Borgias > How did Cesare Borgia really feel about resigning his cardinalate? 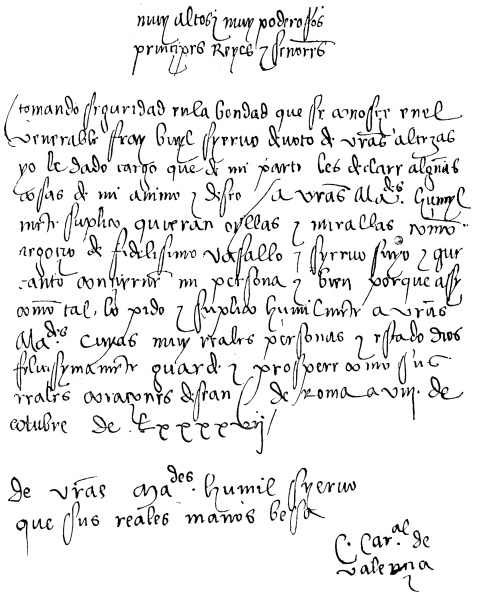 How did Cesare Borgia really feel about resigning his cardinalate?

On 17 August 1498, to the horror of the assembled Curia in Rome and the Catholic Kings in Spain, Cardinal Cesare Borgia (aged 23) humbly told the few cardinals present that he had never heard ‘the call of God’ and that his father, Pope Alexander VI, had pushed him into a clerical career. He sincerely felt that the salvation of his soul was at stake if he did not renounce his cardinalate. Reluctantly but nevertheless unanimously, the cardinals gave him permission to resign and Cesare Borgia became the first man in history to ever drop the scarlet cardinal robes.

In this almost blaspheme act, young Cesare renounced a safe life-time position, inconceivable wealth and last but not least, the prospect of the most powerful throne in Christendom. To answer the question why he made this decision, we have to return to 1497, almost exactly one year before Cesare made his remarkable career switch. On a warm summer evening in June, Juan Borgia, Duke of Gandia and younger brother of Cesare was brutally murdered and his body disrespectfully thrown into the Tiber. After a huge search party, the corpse of the unfortunate Duke of Gandia was fished out of the river. It turned out he was stabbed nine times in the body and throat yet his purse full of money was left untouched and was still hanging on his belt. There was no doubt: this was clearly a murder to signal a vendetta.

In only a few years’ time, Pope Alexander VI had lost two sons on whom he had put his dynastical hopes: Pedro Luis (son to an unknown mother), first Duke of Gandia, and Juan (son to Vanozza Catanei) and second Duke of Gandia. With only young Gioffre and Lucrezia left, he was obliged to relieve Cesare from his clerical duties if he wanted any hope on Borgia offspring. Knowing well that Cesare had never had any inclinations for the Church and rather wanted to be a military man, he probably had not anticipated the hesitation he would meet from his son in resigning his cardinalship. Jealous as Cesare may have been of his brother’s ducal position and his title of Gonfaloniere of the Catholic Church, he was certainly not stupid and well aware that his own promising clerical future could most certainly be a brilliant, strong and safe fundament for an equally glorious career in the church. If he so desperately wanted to wield a sword and fight wars, he would not have been the first nor the last Cardinal or Pope to do so. His clerical career also did not prevent him from enjoying the pleasures of life and having children. Bastard children were extremely common and especially in the Italian Renaissance, they were recognized and esteemed the same way as legitimate children.

In secret, plans had been in the making to create a new future for Cesare. The goal was to marry Carlotta of Aragon, princess of Naples, and pave the way to the Neapolitan throne: a dynastical dream come true for Alexander VI. But first, Cesare needed a secular title and an income that befitted his station. And this is where the King of France came into the picture. The latter had just ascended the throne of France, and to be able to create successors for his throne and to annex the duchy of Britany, he needed to dispose himself of his barren wife Jeanne so he could marry Anne of Britany. This he could only do through papal dispensation. The claim he had never consumed his marriage with Jeanne was ridiculous and without Alexander’s papal power, he would never have been able to push it true, but Alexander was in dire need of a ducal title and land for Cesare. And so, on that same day of Cesare’s historical plead to the Curia, King Louis XII ‘s envoy, secretly waiting in the Vatican corridors, handed the official documents to Cesare who then and there became the Duke of Valence: Cardinal Valencia was reborn into Duke Valentino.

But during his long journey in France to marry his bride, the serious doubts Cesare felt about his transformation were both noticeable in his behavior and correspondence.  He was constantly in a foul mood, not only because he suffered from a bout of syphilis, but also because his marriage prospects to Carlotta of Aragon, princess of Naples, turned sour. The King of Naples bluntly told the former Cardinal that no ‘bastard son of a priest’ would ever marry his daughter. And Louis XII, who had promised his support in establishing the marriage between Cesare and Carlotta, had cast his eye on Naples himself and therefore never stimulated a wedding between the two. Not being able to find a bride, Cesare became a laughing stock in Paris and he became increasingly less convinced of his fortuna. Small bouts of depression and feelings of doubt crept upon him as he approached Louis’ court in Chinôn.  This clear lack of confidence is noticeable in his letters which he signed with his old title ‘Cardinalus Valentinus’, as if he wanted to keep a door open to a past in the Church just in case he did not succeed.  Even months after Cesare’s wedding with Charlotte d’Albrèt, Alexander VI wrote him letters in which he saluted his son with his Cardinal title; a sign even Alexander had his doubts about Cesare’s resignation as cardinal.