Home > Blog > Borgias > The bones of Pope Alexander VI were stuffed in a box for almost 300 years, waiting to be given a final resting place. 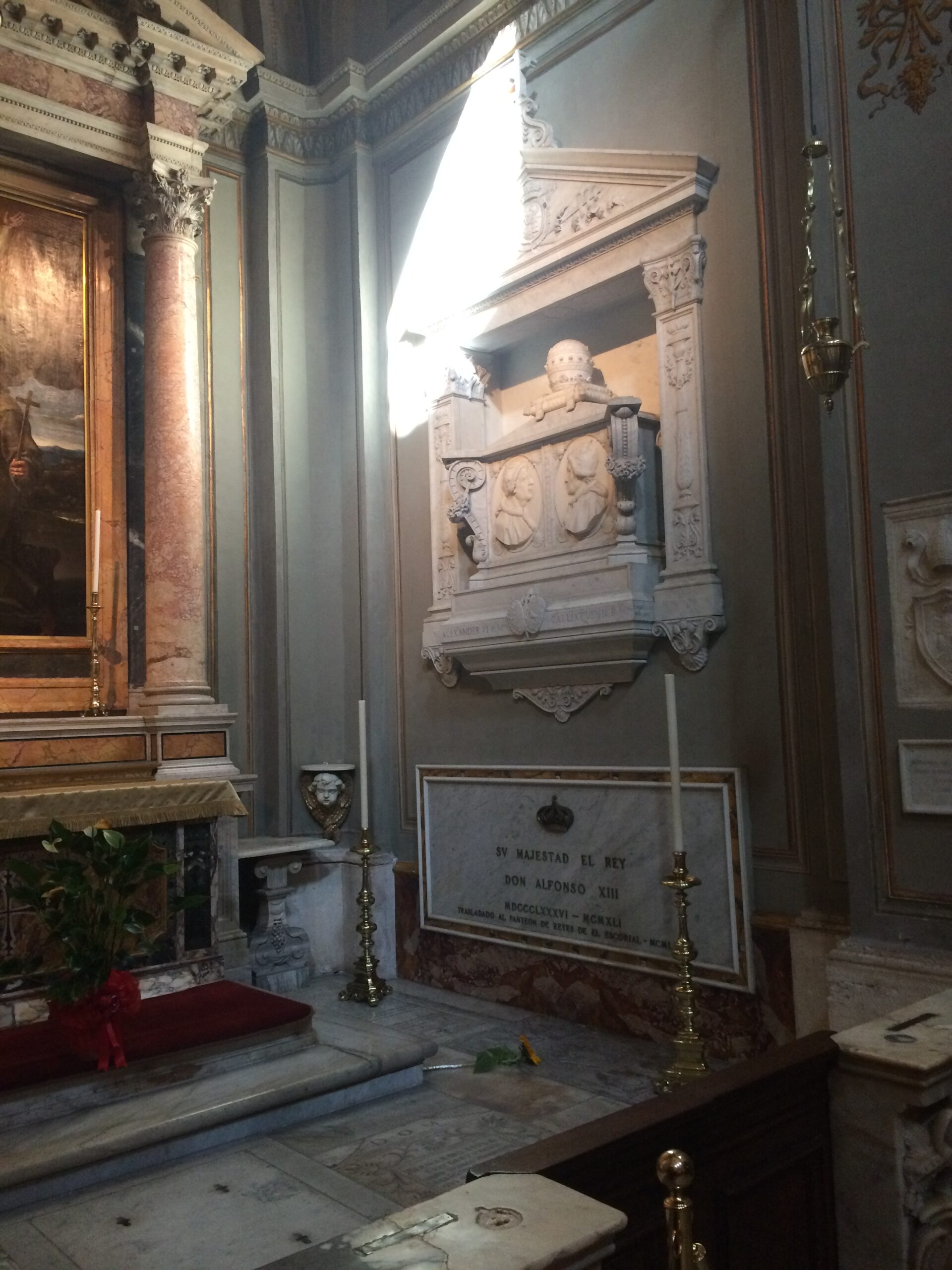 The bones of Pope Alexander VI were stuffed in a box for almost 300 years, waiting to be given a final resting place.

When Alexander VI died in August 1503, his coffin was taken inside the Vatican and placed in a magnificent tomb close to where Callixtus III lay interred in a monument that Alexander had built for him in gratitude for his uncle’s patronage that had allowed his entrée into the highest echelons of the Church. In 1586, however, the obelisk on St Peter’s was erected, and Alexander and his uncle Callixtus’ tombs were moved inside the Vatican next to the choir. Here they would remain for about twenty years. In 1610, Cardinal Zappata and other Spanish dignitaries received permission from Pope Paul V to place the bones of both popes in one single coffin and to move them to the Spanish Church of Santa Maria Monserrato outside the Vatican. Thus, Callixtus and Alexander were enclosed in one wooden casket and upon arrival at their final resting place – for some unknown reason – scandalously placed in a linen cupboard of the sacristy. On 9 September 1864, two hundred and fifty-four years later, a certain Don Ramon, attached to the Church of Santa Maria di Monserrato, entered a dark, low chamber in the Church. In the middle of the room, he found a quadrangular leaden case[1] covered in dust on the floor. When Don Ramon lifted the lid, he noticed a box that nested another dark-brown wooden cigar box about two and a half feet long, one foot high, and one foot and a half foot wide. On it were two red seals so old that the stamp could no longer be recognized. On top of these, on a piece of white paper, was written in an archaic script: ‘The remains of two popes lie in this casket; Popes Callixtus III and Alexander VI, and they were Spanish.’ Unbelievable but true, still nothing decorous was done until 1889 when the two Spanish Popes were finally given a modest resting place in the first chapel on the right of the Church. And even then, they were not treated with the dignity they deserved because for a considerable period of time, their names remained transposed underneath the reliefs of their faces.

[1] De Roo mentions that the sealed leaden casket of St Peter’s grottos had disappeared and that only the wooden box was left with in it the dry bones of the pontiffs, fragments of their skulls and a few remnants of a black church vestments with golden thread.

Picture taken by SSK. The tomb of the two Borgia Popes in the Church of Santa Maria Monserrato, Rome.